Poverty in Afghanistan pushes families to sell girls for weddings 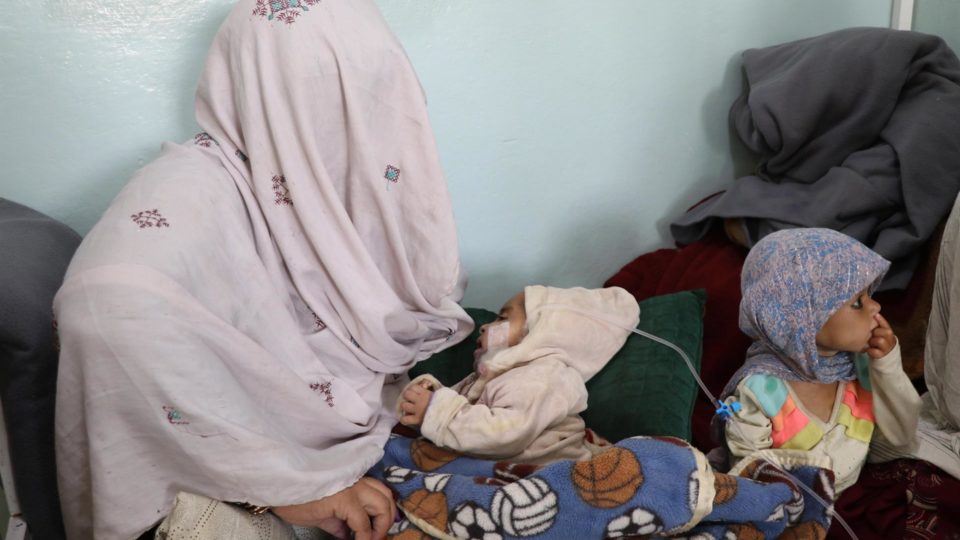 Just over three months after the Taliban captured Kabul, aid agencies warned of critical levels of poverty and famine in Afghanistan, which would prompt families to sell young girls for marriages in an attempt to to survive.

In addition, the United Nations (UN) warned, Monday (22), that the increase in the share of the population unable to repay loans, the fall in deposits and the contraction of liquidity could lead to a collapse. of the financial system in the coming months. months, with “colossal” impacts.

According to the UN, 22% of Afghanistan’s 38 million people are already on the verge of hunger, while 36% already face severe food insecurity, unable to afford food.

UNICEF, the United Nations international emergency fund for children, expressed in a statement this month its “deep concern” at reports that child marriage is on the rise in the Asian country.

“We have received credible reports from families offering their daughters up to 20 days of age for a future marriage in exchange for a dowry,” said the statement, signed by UNICEF Executive Director Henrietta Fore.

Even before the current situation of political instability, the organization had already registered 183 marriages and 10 cases of sale of children during the years 2018 and 2019 in only two Afghan provinces, Herat and Baghdis. The children were between six months and 17 years old.

According to a UNICEF estimate, 28% of Afghan women aged 15 to 49 married before reaching 18.

“The extremely difficult economic situation in Afghanistan is pushing more families into poverty and forcing them to make desperate choices, such as making children work and marrying girls at a young age,” the statement continued.

The risk of child marriage is even greater because most adolescents are not allowed to go to school. According to UNICEF, girls who marry before the age of 18 are less likely to stay in school and are more at risk of domestic violence, discrimination, abuse and mental health problems.

“The Covid-19 pandemic, the ongoing food crisis and the onset of winter have further worsened the situation for families. In 2020, nearly half of the Afghan population was so poor that they lacked basic food or drinking water, ”warns Unicef.

Farmers suffer from lack of food and seeds

The situation of farmers and herders in Afghanistan is “catastrophic”, with the increase in hunger, aggravated by the onset of winter, the United Nations Food and Agriculture Organization warned this week ( FAO).

“The situation is catastrophic. All of the farmers we spoke to have lost almost all of their crops this year. Many have been forced to sell their herds, they have accumulated huge debts and they simply have no money. ‘money,’ said Richard Trenchard. , FAO representative in Afghanistan.

According to the United Nations agency, 18.8 million Afghans are unable to eat every day, and that number is expected to rise to nearly 23 million by the end of the year.

The crisis began with a drought that has spread throughout Afghanistan and is expected to continue to worsen in the country. Forecasts point to drier-than-normal conditions in the coming months, due to the La Niña weather phenomenon, and another year of drought in the country in 2022.

The FAO warns that these conditions will create a real risk of famine next year if Afghanistan does not receive large-scale aid with the distribution of seeds, fertilizers and food.

Agriculture is the foundation of livelihoods and essential to the Afghan economy. According to the FAO, about 70% of Afghans live in rural areas and 80% of their livelihood depends on agriculture or herding.

The collapse of the financial system

In a three-page report on Afghanistan’s banking and financial system, the United Nations Development Program (UNDP) said the economic cost of a country’s banking collapse and its negative social impacts would be ” colossal ”.

The report details the financial situation before the Taliban came to power on August 15, as well as the current situation over the past three months. The document describes a virtually stagnant system, with humanitarian interventions compromised by the country’s liquidity crisis, compounded by the lack of confidence of depositors and international markets.

As soon as the Taliban seized power in Kabul, toppling the Western-backed government, the United States froze Afghanistan’s international reserves. In addition, the abrupt withdrawal of most foreign aid after the arrival of the Taliban contributed to the free fall of the country’s economy and put pressure on banks, which imposed weekly limits on withdrawals.

The projections of the International Monetary Fund (IMF) cited in the report estimate a contraction of up to 30% of the Afghan economy for 2021 and 2022.

Total bank deposits fell from $ 2.9 billion at the end of 2020 to $ 2 billion in September this year, according to the report. This total is estimated to drop to US $ 1.8 billion by the end of the year, a loss of around 40%.

“Without the banking sector, there is no humanitarian solution for Afghanistan,” said Abdallah Al Dardari, UNDP representative in the country. “Do we really want to see the Afghans completely isolated?” He asked.

The report recommends a series of coordinated actions to remedy the situation, including a deposit guarantee system and measures to ensure liquidity in the short and medium term.

However, international sanctions against the Taliban are hampering actions that could help prevent a bank collapse. “We have to find a way to ensure that if we support the banking sector, we do not support the Taliban,” Al Dardari told Reuters.