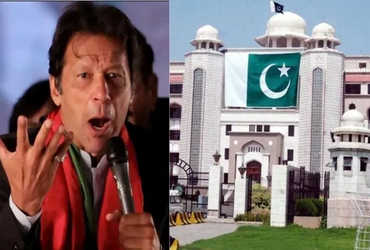 Pakistan, which is facing economic crisis, is now almost bankrupt. Pakistan’s economy has collapsed and it can be gauged from the fact that the neighboring country has also announced to rent out its prime minister’s residence. The official residence of Pakistan Prime Minister Imran Khan has been announced to be rented out in Islamabad.

In fact, in August 2019, the ruling party of Pakistan had decided to convert the Prime Minister’s official residence into a university. After this PM Imran Khan vacated the house. But now the government has postponed the plan to build a university.

Two committees have also been formed to look into and rent out PM’s residence. This committee will oversee the discipline and maintenance related to PM House during the programs organized inside the residence. According to local media reports, the federal cabinet will soon discuss the revenue coming from PM’s residence.

Significantly, the economy of Pakistan has completely collapsed in the last few years. Inflation is increasing due to lack of capital investment in the market. The economic situation has become so bad that the government has to pay the salaries of the employees by taking loans. The trade deficit widened in the current fiscal, as exports declined and imports increased. Inflation is touching the sky in Pakistan. Inflation in the country was at a peak of 10.9 per cent in May.

Latest News on Trending Topics Across the World