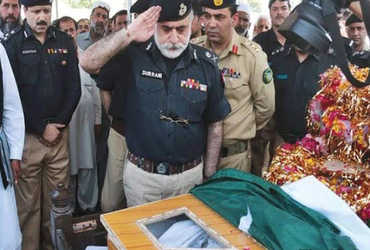 Peshawar: Unidentified gunmen shot dead a police officer guarding a convoy of polio activists in the restive Khyber Pakhtunkhwa province of northwestern Pakistan. This is the second incident in the last two days.

Earlier, a police constable was shot dead by bike-borne miscreants in Daudzai area of ​​Peshawar district. Police said the gunman was shot dead by unidentified assailants on a motorcycle who was polio protection at Dera Ismail Khan in the tribal district bordering South Waziristan. The attackers fled after attacking. Investigation is on to arrest the killers.

Police said the slain officers were deployed to protect the polio team. On his way back home he was attacked. In Pakistan, polio workers and the police officers who protect them are often targeted by terrorists.