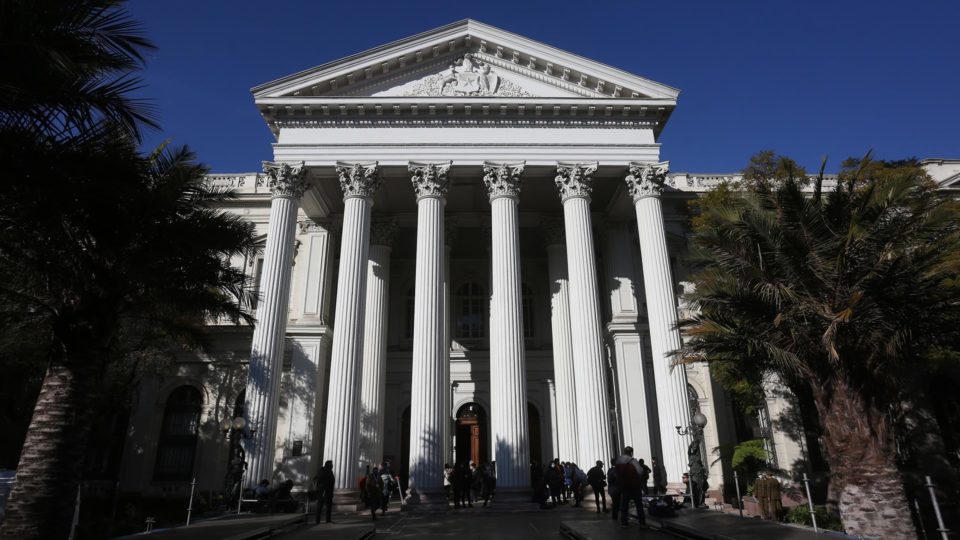 The former Chilean Congress in Santiago, where the sessions of the country’s Constitutional Convention take place, on July 7, the day of the first session of the convention | Photo: EFE / Elvis González

Manuel Woldarsky and Alejandra Pérez, who are part of the Constituent Assembly of Chile, were arrested on Thursday during a demonstration in Santiago in favor of the release of protesters imprisoned since the protests began in 2019.

The two members of the so-called People’s List – a bloc of citizens with no political affiliation who took part in protests two years ago and were elected in May to the Constituent Assembly – were detained outside Santiago Cathedral, where were the relatives of the prisoners chained to bars.

According to various videos released, Woldarsky and Pérez tried to prevent the rifle police from arresting the relatives of the prisoners, whom some on the left consider to be “political prisoners”.

“Chilean riflemen have prevented access to lawyers. An appeal has been filed in favor of the detainees and immediate release has been ordered, which has not yet been carried out, ”announced the Popular List, which occupies 27 of the 155 seats in the Constituent Assembly, on Twitter.

Constituent Assembly Vice President leftist Jaime Bassa visited the police station where Woldarsky and Pérez are to check on the situation of the two, while the afternoon session of the Assembly was suspended until the facts are clarified.

“A group of members of the Constituent Assembly came to accompany the mothers of the prisoners of the revolt. We protested peacefully in front of the cathedral, when an absurd and stupidly large contingent of carabinieri arrived with the intention of attacking,” he said. Rodrigo explained. Rojas, also from the Popular List, on the state channel “24 Noticias”.

The situation of the 20 or so protesters who remain in preventive detention is one of the most controversial issues in Chile at the moment.

In a controversial July 8 statement, the Constituent Assembly called on Parliament to move forward with a bill that seeks to pardon the so-called “prisoners of the revolt” and which is strongly opposed by the right. and the government of President Sebastián Piñera.

The drafting of the new Constitution appeared as the political means of calming the mass demonstrations, the most important in decades, whose riots left about thirty dead, thousands injured, accusations of human rights violations committed by security forces and countless episodes of violence.