PoK’s family got freedom from oppression from Narendra Modi 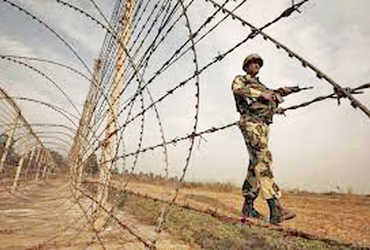 – Muzaffarabad family was dragged out of the house by the officials: they had to sleep in the cold on the road

Muzaffarabad (PoK): A family in Pakistan-occupied Jammu and Kashmir has appealed to Prime Minister Narendra Modi to free them from persecution. A family living in Muzaffarabad, the capital of Pakistan-occupied Kashmir, has appealed to Prime Minister Modi to help them escape the tyranny of the authorities, saying they were thrown out of their homes this winter and had to spend the night in the cold. Was lying That is why the head of the family made such an appeal to Narendra Modi.

He said that he, his wife and children had to spend the night under the open sky. In the video that went viral, Malik Wasim has appealed to the Indian government to intervene in his area to save him and his family. He claimed that his confession was achieved through torture.

Wasim said, “The police and administration have sealed his house. I would say that if anything happens to us, the Muzaffarabad commissioner and tehsildar will be responsible.” He has been dragged out of the house and his land is occupied by a rich man. “This land (PoK) belongs to India but is with non-Hindus and Muslims,” ​​he said.

He further said that not only his but thousands of other houses have been sealed by the police and people have to spend the night on the cold roads. PoK landlords have occupied these houses. Therefore, I urge Prime Minister Modi to teach a lesson to Pakistan. This is your property. The property belongs to non-Muslims and Sikhs. Come and save people from atrocities. Wasim Malik asked, under which law have we been expelled? He also said that he would commit suicide if he was not given the house.

The crop in Wasim is part of Occupied Kashmir (PoK) India. After the 19th independence, Pakistan suddenly attacked and occupied some part of Kashmir. He has termed it as ‘Azad Kashmir’.