Pfizer made 19 billion and Mordana made 8 billion from vaccines 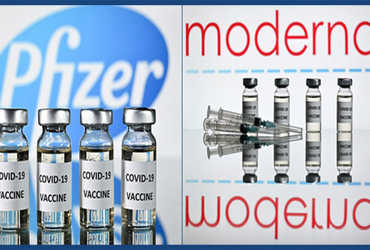 The corona pandemic has proved fatal for the world. Many families have lost their loved ones during the Corona period. Lakhs of people have been infected and this number is increasing. In such a situation, the company making the vaccine is earning money.

Vaccine makers like Pfizer and Mord’s profits have multiplied in a year. When Corona has raised its head again, many countries have started giving booster doses. As a result, these companies will make billions of dollars this year.

Mordana: Mord, an American pharma company, was founded in 2010. The company has been doing various research over the years, but Corona’s vaccine has made it a successful company. It only speaks the name of the product company. The company was running in loss in 2019-2020. The company made a profit of ₹ 8 billion in a single year from the discovery of the vaccine in 2020.

Pfizer: American multinational Pfizer is a 173 year old company. It was founded on January 1, 1849 by Charles Pfizer and Charles F. Earhart did it. Before the discovery of the corona vaccine, the company had a profit of 8 crore 80 lakhs in 2020. Profits rose to ₹19 billion in 2021 after buying vaccine doses around the world. The company’s profit grew by 124% in a single year.

How much does the average dosage cost?

A single dose of the corona vaccine costs Pfizer 11, or about Rs 75. The challenging price of a single dose of Mordana is also one to two dollars. The company’s price is around Rs 140 to Rs 150 per dose. The maximum cost is up to Rs. It includes all kinds of expenses.

market price of a single dose

A single dose of Pfizer is available in the market for 30 30 i.e. around Rs 2250. Even though people do not have to pay for a single dose of the vaccine, the governments of each country spend around Rs 2000-2500 per dose.

The reason behind charging such a high price is that companies spend a lot of money on research. Companies argue that many scientists work day and night in R&D. Thousands of employees of the company work in this and hence are charged so much.

Booster dose will double the income

Now Corona has raised its head again in the whole world. Because of this, many countries have started giving booster doses to citizens. Because of this, vaccines of vaccine makers are still being sold. Along with this, the business of the company will increase by billions of dollars.

According to an estimate, the world’s top vaccine manufacturers are earning one thousand dollars per second i.e. about 75,000 rupees. Experts estimate that the world’s vaccine makers will make a profit of ₹65 billion annually.