PepsiCo sells Tropicana and other juices for $3.3 billion 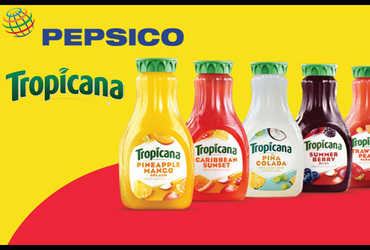 The company sold Tropica in 1998 for 3 billion . bought in

New York: PepsiCo Tropicana and Other Juice have sold their businesses to private equity firms for $3.3 billion. The New York-based company will have a 39% non-controlling stake in the joint venture formed with PAI Partners. The juice business has been in decline since the 2000s. As the popularity of low-calorie diets grew, so did the juice business.

As this trend continued, people started preferring to drink water instead of low calorie drinks. The juice business in the US peaked at 4.2 billion gallons in 2003, but fell to 3 billion gallons in 2017. Brian Sundow, managing partner at Beverage Marketing Corp., believes the group no longer sees a change in trend.

Although the juice business generated $3 billion in revenue from PepsiCo last year, its operating profit margin was lower than its gross profit margin. PepsiCo Chairman and CEO Ramon Laguerta said, “This deal will help us focus on our existing portfolio and not the variety.

These include products like healthy snacks, zero calorie drinks, soda streams. PepsiCo bought Tropica in 1998, and the juice brand was part of Tuesday’s sale.

The company bought SodaStream in 2018 for over 3 billion. SodaStream is a carbonated drink machine company. New York-based PepsiCo has the option of selling some of its juice business in Europe. The deal is expected to be completed by the end of this year or early next year.