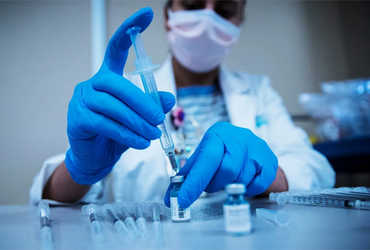 People who received both doses of the COVID-19 vaccine were 50 percent less likely to develop a long-term covid than those who did not receive the vaccine. This has been said in a study published in The Lancet Infectious Disease Journal. The study was conducted by King’s College London. Also, people who have been vaccinated are less likely to get a second infection.

According to Claire Steves, a doctor at King’s College, the likelihood of a second infection has been high from the beginning. It cannot be denied that this is the purpose for which the vaccine was developed. That is, saving people’s lives and saving people from getting seriously ill. Also, he said, our study gives information about how effective the vaccine is in preventing Kovid-19 infection.

This study was done on more than 1.2 million adults.

More than 1.2 million adults were included in the study. These people were given at least one dose of Pfizer-BioNtech, Oxford-AstraZeneca or Moderna Vaccine from December 2020 to July 2021. According to the study, less than 0.5 percent of these people have a recurrent covid infection more than 14 days after the first dose of the vaccine.

Those who have taken the first dose are most likely to become infected with the second. This includes people over the age of 60. This also includes adults who are already suffering from obesity, heart disease, kidney or relapsing lung disease.