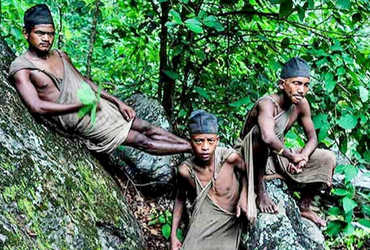 The Raut community, which has been living in Nepal for centuries, is on the verge of extinction as the nomadic community of the world wants its land. Today, only about 150 people of the tribe survive. Lives in a makeshift house covered with cloth on wood. However, being cut off from the world makes it difficult to find a place to live. The men of the Root community are considered to be experts in hunting monkeys. Once they have followed the monkey, they do not return without hunting. The people of Raut sit near the fire at night in winter.

Surprisingly, they consider it a sin to grow seeds in the soil, so instead of cultivating, use naturally occurring food in the forest as food. Include vegetables in the diet. This nomadic species does not want to come to the plains because it has a deep attachment to the forest. Belonging to the Tibetan Burman ethnic group, these people cut down trees of only a few species. Believes in the cultivation and conservation of leftover trees. Yet forest laws have become a hindrance to their habitat.

Some were forced to leave the dark forests and move to the plains, they were forcibly resettled by the government in Karnali and Makhli in western Nepal which are used for wasting alcohol and addicts.