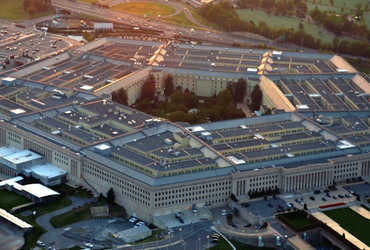 Washington: Gunshots were heard Tuesday morning at the Pentagon, the US military headquarters. Several people are said to have been injured in the firing. After this the Pentagon was locked down.

The Arlington County Fire Department has identified several patients, but it has not yet been confirmed whether they were injured in the shooting or any other cause. The incident took place at the Pentagon Transit Center’s metro bus platform, the Pentagon Protection Force Protection Agency tweeted. This facility is adjacent to the Pentagon Building. The area is called Arlington County, Virginia. It is located on the Potomac River adjacent to Washington DC.

The AP reporter heard several gunshots in the building’s precedent, after which the firing stopped and then the last shot. Another AP reporter overheard the police speaking the word shooter. The Pentagon announced that the facility was closed due to police activity. The Metro Metro train has also been ordered to bypass the Pentagon due to the police investigation.

Kast wins presidential election in Chile, but there will be a second round