Pentagon confirms training some of the Colombians detained in Haiti 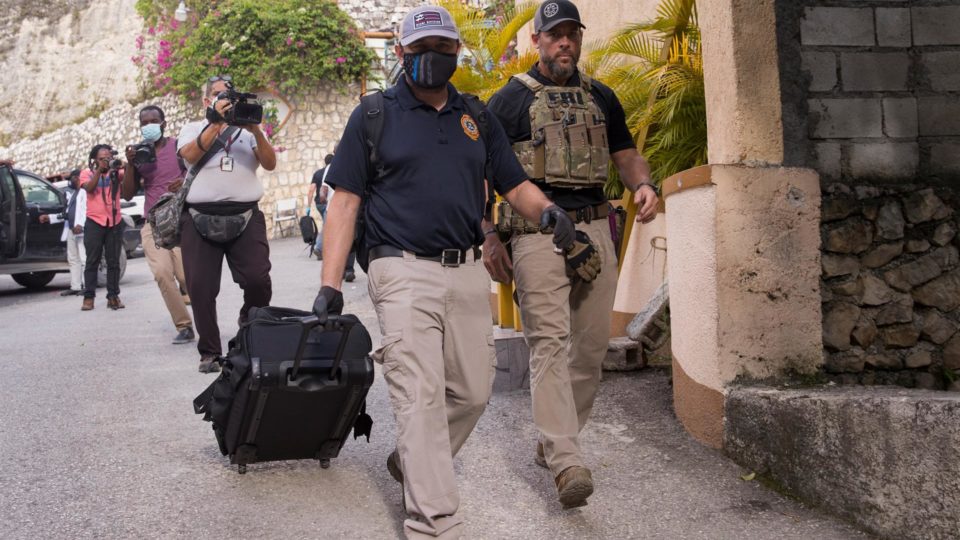 The Pentagon revealed Thursday that it had already trained a “small number” of Colombian citizens who were detained for allegedly participating in the assassination of Haitian President Jovenel Moïse.

A spokesperson told Efe news agency that the Pentagon came to this conclusion after analyzing databases on training operations, but did not say how many Colombian detainees had received training.

“A review of our training databases indicates that a small number of Colombian individuals detained as part of this investigation have participated in US military training and capacity building programs in the past,” the door said. -speak.

The training took place when these people were “active members of the Colombian armed forces,” spokesman Lt. Col. Ken Hoffman added in an email.

The Pentagon is continuing to investigate the case and has no further details to share at this time, according to the source, who recalled that “thousands of servicemen and women from allied nations in South America , Central America and the Caribbean “benefit from military training. the United States.

“This training emphasizes and promotes respect for human rights, respect for legal standards and the subordinate nature of the military to democratically elected civilian leaders,” the spokesperson said.

According to Haitian police, Moise’s murder was committed last week by a group of 28 people: 26 Colombians and two Americans of Haitian descent.

At least 13 of the 18 Colombians detained so far in the attack are retired Colombian military personnel. Haitian police are looking for five other Colombian citizens who are also believed to have served in the command.

The new information from the Pentagon worries Democratic Senator Patrick Leahy, the product of a bill that bears his name and seeks to ensure that foreign military forces receiving aid from Washington are not implicated in human rights violations.

Leahy criticized the Colombian military and said the news “shows” that while the Pentagon formation seeks to ensure “respect for human rights,” it cannot ignore the shortcomings of the “own institution” that holds it. receives.

“The Colombian army, which we have supported for 20 years, has a long history of turning civilians into objects, of violating the laws of war and of non-accountability. There has been a cultural problem within this institution.” , commented the senator, quoted by the newspaper “The Washington Post”.

FBI collects evidence at the residence of the slain president

Members of the FBI, accompanied by Haitian National Police officers, visited the residence of Haitian President Jovenel Moïse to collect evidence related to the murder.

After several hours inside the house, members of the Haitian Scientific Police began to leave after 5 p.m. with various pieces of evidence, all wrapped in plastic or paper bags, as well as a computer screen. .

After six trips carrying evidence to a van-like vehicle near the entrance, the group of FBI agents left the residence and left the site in three vehicles, where at least four other police officers were waiting. American investigative agencies.

During the collection of evidence, the space was guarded by heavily armed members of the Haitian police, and officers from the American embassy also remained at the entrance to the house, where the remains of the police can be seen. shooting that took place the night of the invasion.

An SUV parked next to the car in which officers loaded evidence also saw its windows smashed by gunfire.

The FBI and the US Department of Homeland Security joined the investigation days after the president’s death, and Colombian authorities, the nationality of most of the mercenaries accused of carrying out the attack on Moise’s residence , are also collaborating in the investigation.