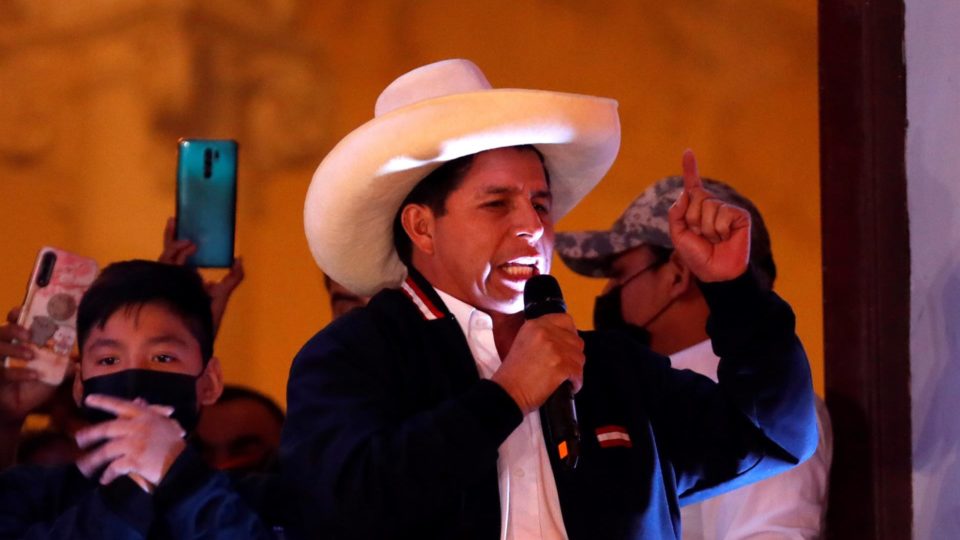 Left-wing candidate Pedro Castillo was proclaimed president-elect of Peru on Monday, a month and a half after winning the second round of elections against right-wing politician Keiko Fujimori, who filed more than 1,000 demands to challenge the result alleging a suspected fraud.

After declaring the last legal appeals presented by Keiko unfounded, the National Election Jury (JNE), the country’s main electoral body, endorsed the results of the second round of the presidential election, which was held on June 6. In a plenary session held by videoconference, the JNE also proclaimed Dina Boluarte vice-president.

Castillo, of the Peru Free Party, obtained 50.12% of the valid votes and a margin of only 44,263 votes over the daughter of former president Alberto Fujimori and leader of the Popular Force party.

Castillo’s proclamation came eight days before the presidential transition, scheduled for July 28, when the country will celebrate its 200 years of independence. Francisco Sagasti, current interim president, will then hand over the scarf to the politician and leftist professor of the Andean region of Cajamarca.

Unlike his predecessors, Castillo will start his term with a single vice-president, since Vladimir Cerrón, leader and founder of the Marxist Peru Livre party, was disqualified as a member of the list because he has a firm conviction for corruption, arising from its Governor of the Andean region of Junín.

Before the proclamation, Keiko Fujimori made a statement in which he announced that he would respect the JNE’s proclamation, although he considered it “illegitimate”, considering that there had been fraud on election day.

Evidence of irregularities presented by Keiko and his allies was, however, rejected by the country’s electoral justice system. In the case of complaints based on allegedly forged signatures, for example, those linked to those signatures have publicly confirmed that they are the authors and that there has been no forgery.

In the election, Keiko Fujimori ran as she faced a sentence of more than 30 years in prison for alleged money laundering in connection with the irregular financing of her previous election campaigns.

Castillo will assume the presidency for the period 2021-2026 with a deeply reformist speech that includes the project of a new constitution, considering that the current one, born in the “autonomy” of Fujimori in 1992, promoted a neoliberal economy whose Economic progress made does not solve the problems of deep inequalities in the country.