Parliamentary report reveals women being harassed in the British Army 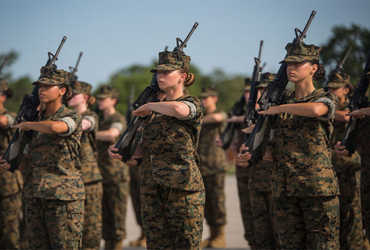 64% of former women officers, 58% of current officers admitted that they had faced harassment.

LONDON: Sixty-four female officers serving in the United Kingdom’s defense forces and 58 percent of women currently serving have admitted to having faced harassment, harassment and discrimination during their careers in the military.

The issue has been clarified in a new parliamentary report presented by the UK Parliament. A sub-committee has been constituted by the House of Commons to harness the skills of women serving in the military and to address the challenges and difficulties faced by them. In whose report this information has come out.

Ninety-nine percent of women officers approached for the survey responded to the survey. The report has been prepared by a parliamentary committee consisting of about 3000 former officers and present officers asking various questions and taking their opinion. Of the 3,000 women, 44 percent say they have faced more difficulties than their male counterparts at work.

On the other hand, former officers lamented that at one time the situation for women in the British Army was extremely difficult. Threatened, abused and tortured.

There have also been incidents of serious sexual assault and rape in some cases. The Parliamentary Committee in its report recommended to the Ministry of Defense that the department be made more equipped to hear complaints of women officers and the period for disposal of appeals be reduced from six months to two months.