Parliament Votes to Save Afghan Citizens Helping the United States 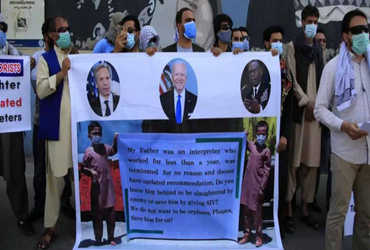 The Taliban now pose a major threat to these Afghan civilians, who are acting as interpreters or aides to the US military. In such a situation, there was a vote in Parliament to bring all those Afghan citizens to America. Many civilians who helped the US in the Afghan war are now trapped in Afghanistan and are receiving threats from Taliban militants.

The issue of security of all such citizens was raised in the Parliament and voted on. Currently 2500 visas have been issued to Afghan nationals in special categories. These citizens were granted visas in a hurry because they were more at risk. The US will still issue visas to thousands of Afghan citizens.