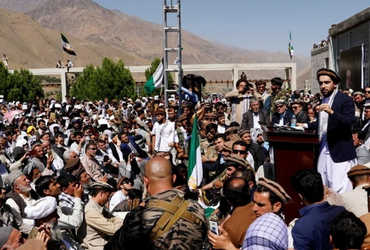 – According to the Taliban, it has captured 4 out of 7 districts of Panjshiro

If the Taliban is not able to establish its rule, then terrorist organizations like Al Qaeda and ISIS will again flourish in Afghanistan in the coming years.

Panjshir has become a headache for Taliban in Afghanistan. The struggle for possession is still going on. The Taliban have repeatedly claimed that its fighters have captured Panjshir, but the Afghan Resistance Front has denied this claim.

On the one hand, the Afghan Resistance Front claims to have defeated 600 Taliban and on the other hand, according to the Taliban, it has captured 4 out of 7 districts of Panjshir. According to the Taliban leader, their fighting continued and fighters were advancing from the governor’s house, but fighting slowed down due to a landmine explosion en route.

We will keep fighting – Ahmed Masood

Faheem Dashti, a spokesman for the Taliban’s separate Afghan Resistance Front, said its fighters had surrounded thousands of Taliban fighters in Khawak Dare and abandoned captured vehicles in the Rewak area. “Their fight will continue and they are getting stronger in Panjshir,” Panjshir commander Ahmed Masood wrote on Facebook.

In the midst of all this, Mark Milley, chairman of America’s Joint Chiefs of Staff, has expressed fears of civil war in Afghanistan. He said the current situation in Afghanistan could soon lead to civil war. I do not know whether the Taliban is capable of running the government and establishing its rule. If the Taliban does not establish its rule, terrorist organizations such as Al-Qaeda and ISIS will re-emerge in Afghanistan in the coming years.