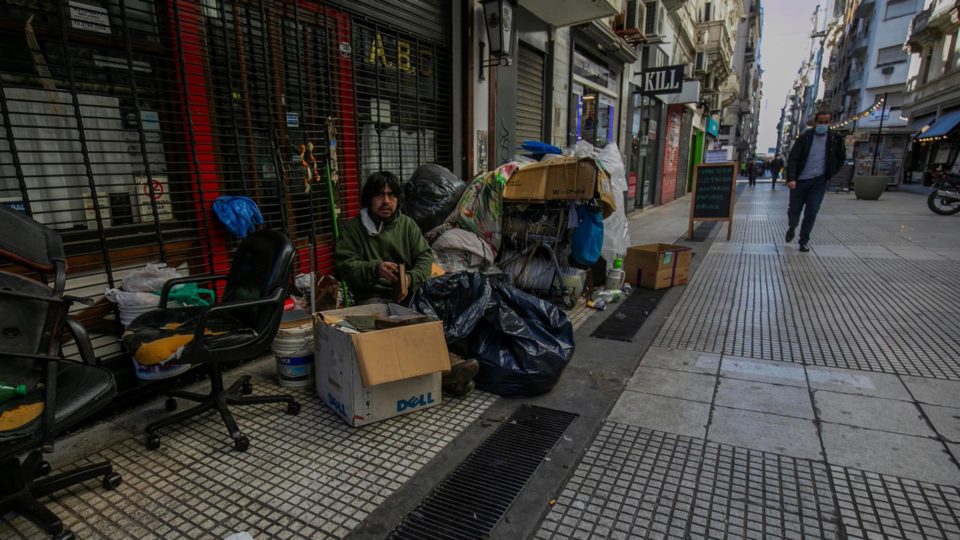 The Covid-19 pandemic has hit Latin America and the Caribbean hard, which has already recorded more than 1.3 million deaths from the coronavirus. In addition to the loss of human life, the economic and social impacts are also significant: around 4.7 million people have been driven out of the middle class and fallen into vulnerability or poverty in the region, according to a World Bank report. .

This sudden change may be reversing the social gains that have been slowly achieved over the past decades, according to the report, titled “The Gradual Rise and Rapid Decline of the Middle Class in Latin America and the Caribbean.”

The World Bank reports that the number of people living in poverty in Latin America and the Caribbean (LAC) has almost halved and the middle class has grown over the past two decades, but growth has stagnated in recent years in the region, one of the hardest hit by economic and health impacts during the pandemic and still struggling to fight Covid-19.

With the coronavirus crisis, there has been a setback in this scenario. In 2020, the middle class was reduced to 37.3% of the population, the group of people in vulnerable situations rose to 38.5% and people living in poverty now represent 21.8% of the total population of CLA.

For the entity, the middle class is made up of people whose daily per capita income is between 13 and 70 US dollars; people in vulnerable situations live on $ 5.50 to $ 13 per day and the poverty line is $ 5.50 per day.

Social protection programs have helped reduce negative impacts, at least in the short term, assesses the World Bank, which stresses that if there is no rapid and inclusive economic recovery, poverty could increase again in 2021 The report says the impact would be even more dramatic without stimulus measures, such as Brazil’s temporary social cash transfer program.

“Without mitigation measures, especially without emergency transfers from Brazil, projections indicate that the global pandemic could have resulted in the loss of middle class status of more than 20 million people,” say the study’s authors. , who point out that Brazil is an important driver of changes in LAC because of the large share of the Brazilian population in the whole region (almost 38%) and the proportion of the country’s population living in poverty.

For economic recovery, the World Bank recommends ensuring wide access to vaccines, developing efficient systems to distribute them and strengthening health systems in the region.

The region is at a “crossroads,” described Carlos Felipe Jaramillo, World Bank vice president for Latin America and the Caribbean. “The reversal of hard-won social gains risks becoming permanent if bold reforms are not put in place,” he said.

“Emergency cash assistance, which has helped mitigate the impact of the pandemic, will not be sustainable; thus, the region must move forward with policies that ensure a solid recovery and provide for more sustained, resilient and inclusive growth that tackle persistent poverty and inequalities, ”Jaramillo added.

Over the past decade, there have been two distinct periods of growth and poverty in the region: one of sustained growth and strong poverty reduction, until 2013, and the following period of stagnation in poverty. poverty and slower growth, 2014 to 2019.

“Just as the region saw a glimmer of recovery from the period of stagnation, the Covid-19 pandemic has forced economies to close,” the report says.

With the restrictive measures and the decline in economic activities, a 6.7% drop in the gross domestic product (GDP) of Latin America and the Caribbean in 2020 is estimated, making it the worst recession in history. region, according to the World Bank.

The report also highlights the lack of access to essential services in ALC: less than one in four poor families have adequate sanitation, 9% do not have access to electricity and only 25% use the Internet at home. .

The economic impact of the pandemic has prompted many Latin Americans to seek better living conditions in other regions, despite mobility restrictions and border closures imposed by the health crisis.

This is the case for many Argentines, who have already suffered from successive economic crises, now exacerbated by the pandemic, and who have sought other places to settle.

In October 2020, 51% of Argentines polled said they would leave the country if given the opportunity, a survey by the consultancy firm Innovation, Politics and Development (IPD) reported. Among young people aged 16 to 25, the percentage reaches 71%. The feeling of discontent led the Argentine government to ask young people not to leave the country, despite the crisis.

Most Argentines who wish to leave their country are from the middle and upper middle classes. They prefer destinations like Spain, Italy, the United States, as well as more accessible countries in the region, like Uruguay, Chile, and Brazil.

“The Argentines who come [para o Brasil] they belong to the middle class and are desperate, “Marcelo Taormina, who came to Brazil with his wife and seven children from Argentina in 2013, told Infobae.

Today, the family helps, with a support network, Argentines who wish to emigrate here. “They have closed their businesses, they have no possibility and most of them are entrepreneurs, who had to close their doors. They sold their working machines in order to be able to travel and had to give them away. The Argentinian is without money, selling things that took years to buy, collect what you can, ”he said.

In Venezuela, emigration could reach seven million people by the end of this year or early 2022, overtaking the exodus from Syria, considered the largest in the world with 6.7 million refugees and migrants who have left the country devastated by war, warned the Organization. States of the United States (OAS).

Before the pandemic, 5,000 Venezuelans fled the country daily, which faces a severe and prolonged economic and social crisis under the dictatorship of Nicolás Maduro. But the impact of Covid-19 has motivated more than 150,000 people to return to their hometowns. However, the OAS study warns that from September 2020 until today, even with the borders closed, around 700 to 900 Venezuelans “flee daily on irregular routes: sea routes or dangerous tracks.”

The main destinations for Venezuelans are Colombia, Peru, the United States, Chile and Ecuador.