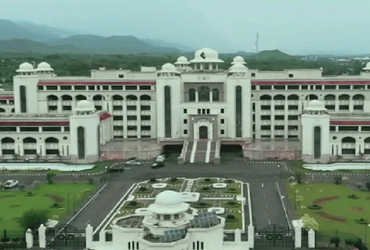 Islamabad: The economic condition of Pakistan is getting worse. The situation has become so bad that Prime Minister Imran Khan has been forced to rent his official residence. The Pakistan government, which is facing financial crisis, will bear the expenses by renting out the prime minister’s official residence. The prime minister’s residence is in Islamabad and it has now been officially announced that it will be rented out.

Earlier in August 2019, the Tehreek-e-Insaf party of Pakistan had announced to convert the Prime Minister’s residence into a university. Now the same party is in power. Imran Khan vacated the house after announcing the conversion of the Prime Minister’s residence into a university. However, now the government has changed its intention. According to a local TV report, the federal government will now lease the building instead of converting it into a university. The government will collect the amount to cover the expenses through this. According to local media, the building will be rented out to the public to organize cultural, fashion, educational and other events.

When Imran Khan took over, he said that the government does not have money for welfare programs. Pakistan’s economy has been affected by 19 billion since Imran Khan came to power. The government has cut expenditure to bring the country’s economy back on track, but it has not had much effect.