Pakistan will open Kartarpur for Indians, entry will be available only after getting vaccinated 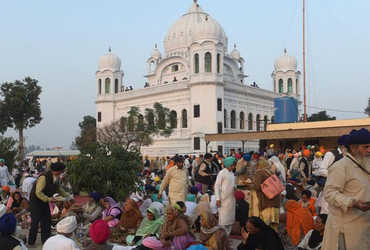 September 22 is the death anniversary of Guru Nanak Dev

Kartarpur was closed in March last year due to Corona, will reopen from September

ISLAMABAD: Pakistan has announced that it will allow Sikhs in its country to visit Kartarpur Sahib, although it has clarified that only those Sikhs who have been vaccinated in view of the coronavirus pandemic will be allowed entry.

The 482nd death anniversary of Sikh Guru Guru Nanak Dev is coming next month on 22nd September. Following which, Pakistan has decided to open the gates of Darbar Sahib Gurdwara in Kartarpur and allow pilgrims to enter.

Pakistan said in a statement that only those pilgrims who have taken the corona vaccine will be allowed entry. The Kartarpur Corridor was closed in March 2020 in view of the Corona epidemic. Pakistan has placed India in the C category due to the delta variant of the corona virus.

The period was from 22 May to 12 August and Indians, including Sikhs, had to take special permission to enter Pakistan. Pakistan said that any Indian national who undergoes a PCR test within a period of 72 hours will be admitted along with a test report and a certificate of vaccination.