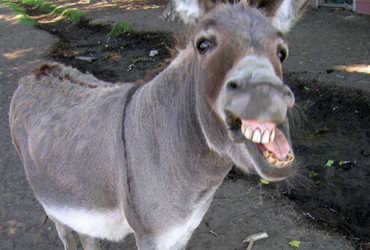 The political friendship between China and Pakistan is well known. China has been exporting donkeys to Pakistan for years and has started breeding centers to supply more donkeys to China as there is a shortage. According to the information received, the government of Punjab province of Pakistan has also started working in this direction. The government has also started the first donkey breeding center in Okara city under a scheme. Since the demand for donkeys is increasing rapidly in China and some other countries, efforts are being made to breed some good breeds of donkeys with the intention of earning foreign exchange. Since the number of donkeys in China is much less than its requirement, millions of donkeys are bought from different countries of the world. The purchase of live animals is banned, but China has allowed the purchase of donkeys in special cases. China needs more than 3 million donkeys every year.

Now the question is, what does China do with these donkeys? Donkey skin and gelatin are used in the manufacture of home anti-aging drugs. That’s why donkeys are slaughtered. Experts have also raised doubts that if China continues to slaughter donkeys like this, donkeys will become extinct in the world. A country like Pakistan is trying to meet the needs of donkeys, but China is also illegally importing donkeys from countries in Asia including India. The number of donkeys in the world has declined by 3% since the 19th century. One is that this animal has a slow reproductive capacity and the other is that its demand is high.

There was a time when donkeys were a part of human life for carrying loads. This animal was an integral part of the socio-economic system of man but in the age of modern technology and machines it has not been so much needed. Hungry and thirsty donkeys are reaching China. Donkeys are being removed from the fields. Those who keep them as pets for work have also been left behind due to lack of employment. According to a source, Pakistan supplies more than 3 lakh donkeys to China every year, which is in short supply.