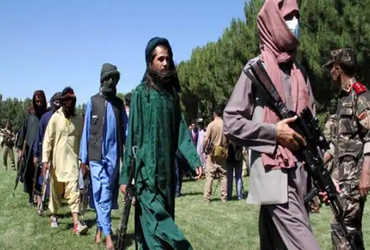 The Afghan government says that more than 10,000 Pakistani terrorists have entered Afghanistan. Several reports suggest that the Taliban are being trained by Pakistani organisations.

News agency ANI quoted a report in Afghanistan Times as saying that Afghan President Ashraf Ghani’s spokesman had sent a video message to the media saying that thousands of terrorists had come from Pakistan for proxy war in Afghanistan.

Pakistan is continuously helping the Taliban

“We have accurate intelligence reports that more than 10,000 Pakistani terrorists have entered Afghanistan,” the spokesman said in a video message. While more than 15,000 fighters have been encouraged to go to Afghanistan. This shows that a regular organization is helping the Taliban with training and money.

Earlier, Afghan President Ashraf Ghani had said that 10,000 foreign terrorists have come to Afghanistan from Pakistan in a month. In early July, Guinea criticized Pakistan for not breaking ties with terrorist organizations.