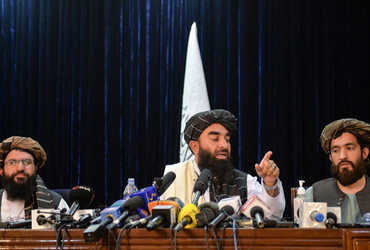 The real face of Taliban is coming out after the capture of Afghanistan. A Taliban spokesman described Pakistan as the second home of the Taliban and advised India to take a positive stand on the Kashmir issue. Taliban spokesman Zaibullah Mujahid said, “Pakistan is a neighboring country and another home for us.” We want to strengthen business and strategic ties with him. He also supported good relations with India. “When it comes to religion, we are traditionally connected,” Mujahid told Pakistani news channel ARY News. The people of both the countries have got along well with each other, so we want to strengthen ties with Pakistan. We are moving ahead to form a stable government in the country. “We want to establish good relations with all the countries of the world including India,” he said. The Taliban will not allow the use of Afghan land against any country. On the issue of India-Pakistan relations, he said that both the countries should sit together and resolve the issues. India needs to take a positive stand on the Kashmir issue.