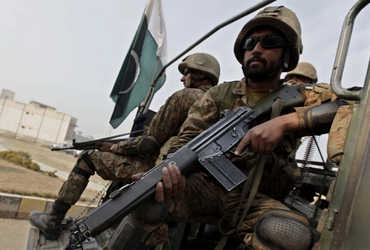 Two Pakistani soldiers were martyred in the firing on the Pakistan-Afghanistan border on Sunday.

This information was given by the Pak Army itself. This is the first incident of firing since the Taliban took control of Afghanistan. Pakistan claims that the army retaliated, killing two to three militants and injuring another.

However, it cannot be said for sure about how true Pakistan’s claim is. Because the media and other organizations do not have much access to the border where the attack is being talked about.

The Pakistan Army did not specify which organization was responsible for the firing on the border, but said that they were now hiding in Afghanistan after the operation we conducted on the terrorist organisations.