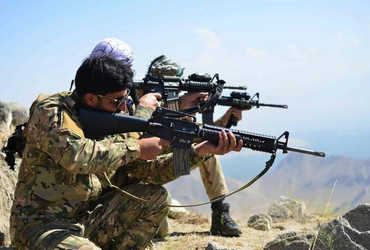 – The Taliban have cut off supplies of essential commodities in Panjshir, creating an inhumane crisis and threatening further genocide at the hands of the Taliban in Panjshir.

The Taliban, who are making every effort to capture the Panjshir Valley, have now supported Pakistan. It is learned that the Pakistan Air Force drone has attacked Panjshir. This was said by Zia Aryanzado, a former MP from the Samangan province of Afghanistan. On the other hand the Taliban and the Resistance Front are claiming each other.

The Pakistani drone attack was reported by former MP of Samangan province, Zia Aryanzado. “Panjshir has been bombed with the help of Pakistani Air Force drones,” he said. Smart bombs are used in this. In the midst of all this, the Resistance Front in Panjshir also offered ceasefire to the Taliban on Monday. It is learned that Saleh is currently safe at some unknown place. While Asad Mahmood is in Tajikistan for the last 3 days.

The Panjshir Resistance Front seems to be weakening in this fight. On Sunday, the front also got a big blow. Faheem Dashti, a spokesman for the Resistance Front and a personal confidante of Ahmed Masood, who fought the Taliban in the Valley, was reportedly killed in a fight with the Taliban.

Amrulla Saleh wrote a letter to the UN

Meanwhile, Afghanistan’s Vice President Amrullah Saleh has written a letter to the United Nations. It said the Taliban had cut off supplies to Panjshir, creating an inhumane crisis. If the United Nations disregards his words, there will be a humanitarian catastrophe in Panjshir. In addition, the threat of genocide at the hands of the Taliban in Panjshir has been expressed.