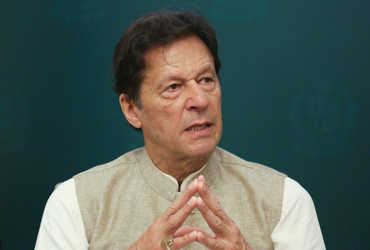 Pakistan Prime Minister Imran Khan said in a statement on Friday that sexual misconduct is on the rise in Pakistan due to the misuse of mobile phones. However, he is being trolled on social media for this statement.

Imran Khan said, “Sex crimes are increasing due to the misuse of mobile phones.” We need to teach the virtues of Seerat-e-Nabi to our children.

“The respect given to women in our country in the past is not like anywhere else in the world,” she said. Women in the West do not get the respect that they used to get here. Imran Khan also said that such incidents (sexual assault by a mob on a woman Tiktok on August 14) are happening because our children have not been given the right direction.

A Twitter user named Suburban Delicacy wrote, “Everyone in my family has a mobile phone, now I have to be careful not to sexually abuse any of them.” Another user Sohni wrote that they will release the culprit and charge everyone in the sun.