Pakistan again surrenders to China, gave crores of rupees for the Chinese citizens killed in the terrorist attack 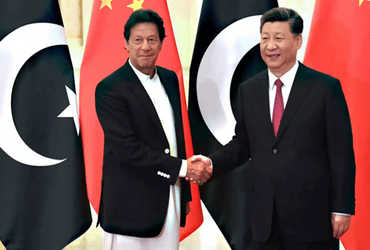 China, which is becoming an economic slave of China, is presenting its claim.

Recently 10 civilians were killed and 26 others injured in a terrorist attack on a Chinese national working on a hydroelectric project in Pakistan.

China had demanded compensation from Pakistan for this. China had instead reluctantly threatened to stop work on the project. Pakistan, which had surrendered against it, is now ready to give crores of rupees to these citizens.

In this case, Pakistan was not legally obliged to pay any kind of compensation, but the Imran Khan government has bowed to the threat of China and expressed its willingness to pay compensation.

The World Bank is funding the hydroelectric project and the project is not part of the China-Pakistan Economic Corridor.

The bombers struck in front of a packed house later in the afternoon, killing at least two people. The bomber struck shortly after noon in front of a crowd of mourners.

China has demanded 3.37 crore compensation for the death of its own citizens.