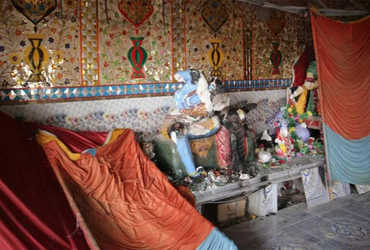 The Pakistan Police had registered an FIR on August 4 at 5 pm. The matter has been handed over to the ASI.

In the case of vandalism and arson in Siddhivinayak temple in Rahimyar Khan of Pakistan’s Punjab province, the Bhong Sharif police have registered an FIR under Section 6 against 100-150 unidentified people. The matter will be heard today.

The president of the Hindu Parishad in Pakistan and a member of the National Assembly tweeted that repair work had also begun after the attack on the Ganesh temple.

The FIR was registered more than 24 hours after the Siddhivinayak temple was vandalised. All the FIRs have been done against unknown people. No case has been registered against any of the nominees while the faces of the vandals are clearly visible in the viral video. Earlier on Thursday evening, Pakistan Prime Minister Imran Khan had ordered action against the culprits.

Criticism by the Ministry of External Affairs

India has also expressed displeasure over the demolition and arson of the temple. The central government said that Pakistan has completely failed to protect the minorities.

A foreign ministry spokesperson said such incidents of violence and persecution against minorities in Pakistan continue unabated. He said that apart from the attack on the temple, houses around the Hindu community were also attacked. Incidents of violence, discrimination and persecution against the minority community, including attacks on religious places, continue unabated in Pakistan.

After criticism from all sides, Pakistan Prime Minister Imran Khan finally strongly condemned the incident. PM Imran Khan said that whoever is guilty in this case will be arrested. The Chief Justice of Pakistan has decided to hear on Friday.

This whole incident happened on Wednesday evening, when people vandalized the temple on the road in Bhong Sharif village of Sadiqabad district. The video of the temple being demolished also went viral on social media.

Hindus protested after the incident on Thursday. The court has fixed the date of hearing of the matter today.

The Chief Justice decided to intervene after meeting the President of the Hindu Parishad and a member of the National Assembly. The Chief Secretary and IG of Punjab have also been summoned in the Supreme Court on Friday.