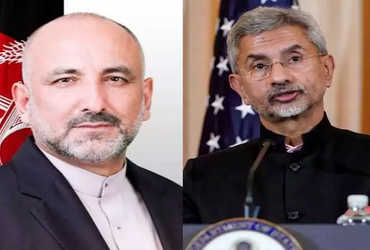 Amidst Taliban militants fighting for control of Afghanistan, the Afghan government has publicly acknowledged for the first time that the Pakistani terrorist group Lashkar-e-Taiba is wreaking havoc in our country.

According to the Foreign Minister of Afghanistan, Taliban terrorists along with 10,000 terrorists of more than one Pakistani terrorist organization are wreaking havoc in Afghanistan.

The Afghan Foreign Minister has spoken to Indian External Affairs Minister S Jaishankar and urged India to convene an emergency meeting of the UN Security Council. To prevent the discussion on Taliban violence.

India currently heads the Security Council, which is why the Afghan Foreign Minister has now sought India’s help. A suicide bomber blew himself up at the residence of the Defense Minister of Afghanistan in Kabul. In which 10 people died.