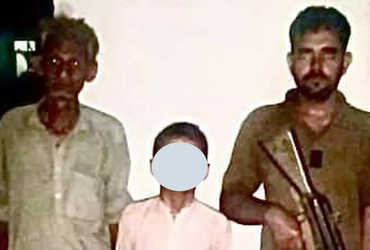 – The police also ignored the fact that the child being prosecuted is only 8 years old and has been sent to jail.

Last Wednesday, hundreds of people vandalized the temple of Lord Ganesha in Bhong Sharif of Rahimyar Khan. Before the incident, an 8-year-old boy was going to the madrasa to drink water. There he was beaten up and the cleric of that madrasa also lodged a complaint against the child.

In this case, the police also ignored the fact that the child being prosecuted is only 8 years old and sent him to jail. After two days in jail, he was produced in a local court where the judge released the 8-year-old boy after beating up the policemen.

The goons did not like this thing and they went to the temple and set it on fire. In the matter, the top court said that if the police had acted in time, such an incident would not have happened.

Since the incident, the child, his family and the Hindus living in the area are in panic. They are feeling the loss of their life and property. Apart from this, many families have fled their homes.