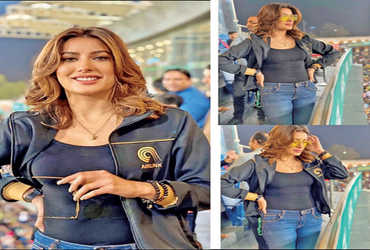 In the photo you can see that Mehwish is seen in a white kurta. He has the flag of Pakistan in his hand. It looks very beautiful. She got angry when some people started making lewd comments on her photo.

Sharing this post on Insta Story, Mehvish wrote that it is really brainwashing to see some comments on my post. This shows how sick and dirty his mind is. No wonder society is full of this filth. There are many other issues in the society that need attention, all these are possible only when this energy is applied to better things.

Mehwish started his career in Pakistan in 2010. His name is also associated with Dawood Ibrahim, but how much truth is there in it is not known. He has also expressed his desire to become the Prime Minister. He says that if a cricketer can be the prime minister then why can’t someone from the film industry be the prime minister.