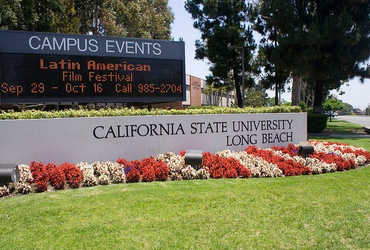 Washington: More than 50 faculty members of the prestigious California State University in the United States have protested the recent announcement of inclusion in an anti-apartheid policy. He called the move “misleading”.

They say this would actually increase discrimination, as it would unconstitutionally target Hindu communities of Indian and South Asian heritage. According to an anti-discrimination policy recently announced by California State University (CSU), students who have been racially abused will now be able to report anti-Dalit bias, with many students saying such incidents happen regularly.

Equity Labs’ Dalit civil rights organization says those at the bottom of the Indian social caste system have been discriminated against and subjected to violence for thousands of years. In India they are called untouchables. Discrimination against them on the basis of caste is prohibited by law in India, but discrimination against them continues in India. The practice also continues in South Asian circles in the United States.

Opposing the inclusion of caste in the anti-discrimination policy, the faculty members have written in a letter to the CSU Board of Trustees that the new policy has targeted the minority community on the basis of the policy and they are not being treated fairly. . Ethnicity would be a separate protected category and would apply only to Indian and South Asian citizens.

Pravin Sinha, professor of accountancy at CSU Long Beach, said the addition of a racial characteristic would make the existence of composite policies inconsistent, providing protection against various forms of discrimination.