Only masked women will get jobs: Taliban 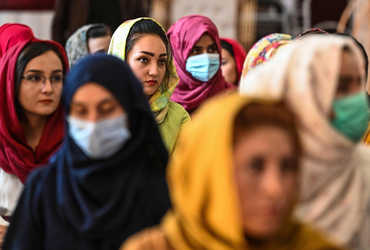 Taliban spokesman Suhail Shahi strongly opposed the West’s approach to women wearing the veil. A Taliban spokesman said the United States and Western countries should not interfere in our culture. However, Shahi explained that the world’s concern about women’s rights and their safety is because they remember the old Taliban regime. However, this time there will be no problem regarding women’s rights. In Afghanistan, there will be no problem with women’s education or their jobs. The only condition is that women should wear a veil.