One million new patients a day in the United States, 452 deaths on average 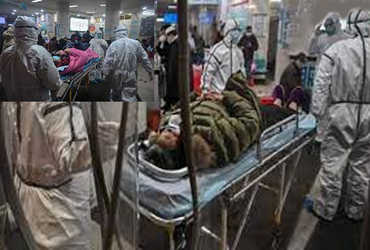 In one day, 23,418 cases of corona in Thailand reached the level of epidemic disaster in Tokyo

Washington: Corona care has increased in the US due to the Delta variant that has faced two waves of the corona epidemic, while people who have had an organ transplant or have a weakened immune system have been allowed to take another dose of the corona vaccine. Is.

The Food and Drug Administration has amended the emergency authorization to provide additional doses of Pfizer-BioNtech and Moderna Corona Vaccines. It was approved by the FDA after analyzing information about the third dose provided by both companies.

Others who have taken two doses of the corona vaccine do not need to take this additional dose at the moment. This additional dosage claims to provide better protection against the delta variant. Such booster doses are also recommended in France and Israel.

On an average, more than 113,000 cases have been reported to Corona every day since last week. There has been an increase of 24 percent in new cases this week as compared to last week. At present, an average of 9700 patients are being admitted to the hospital for the treatment of corona and an average of 452 patients are dying every day.

Meanwhile, a study published in the Lancet journal on corona patients in Britain claimed that one in ten patients undergoing treatment for corona in 314 hospitals in Britain got corona from the hospital itself.

In these hospitals, 11.1 percent of corona patients came for treatment of other diseases and contracted corona infection. Jonathan Reid, a researcher at Lancaster University who conducted the study, said that it does not include patients who were diagnosed with corona after being discharged from hospital.

With the arrival of about 5,000 new cases of corona in Tokyo, the total number of corona cases in Japan has reached 19,000. At least two places in Japan’s western prefecture have declared extreme levels of flood risk due to heavy rain and flooding. Tokyo Governor Yuriko Koike said that people should get the corona vaccine.