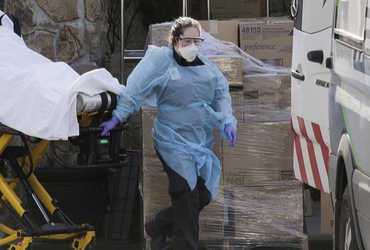 Trade and business in India have picked up amid fears of a third wave of corona virus, but concerns have resurfaced in the US with more than one million cases of corona infection being reported in a single day. According to the US Department of Health and Human Services, the number of delta variants is increasing rapidly. In the last 8 months, maximum 1 lakh corona positive cases have been reported. The number of corona cases has doubled as compared to the previous month. According to the Centers for Disease Control and Prevention, there has been a rapid increase in the number of people hospitalized every day.

The vaccination program in the United States has seen awareness from its inception, but the increasing number of coronary infections has raised concerns. The South American region is now the epicenter of Corona. Florida has the highest number of corona cases. Texas and California are followed by Corona infection. Intensive care units in Alabama, Florida and Georgia are filling up. The US Department of Health has also observed that states that have slow vaccination programs have higher rates of coronary infection. The number of children admitted in the hospital is high. California, Florida and Texas account for about 32 percent of pediatric patients.