One after the other, Afghan Air Force pilots quit their jobs for fear of the Taliban 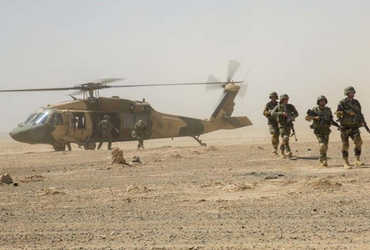 The war against the Taliban is attacking the Afghan government one after the other.

The Afghan government is trying to make maximum use of its air force to deter the Taliban, but the pilots are leaving because of the dilapidated condition of the air force’s fighter jets and the air force pilots being targeted by Taliban militants.

Meanwhile, the Taliban have captured Afghanistan’s sixth city in a week. According to media reports, the capital of Samangan province, Abak, has been occupied by terrorists and all government buildings as well as police posts have come into their hands. The Taliban also claimed full control of the city. Fighting continues in Kandahar and Herat, Afghanistan.

Meanwhile, Air Force pilots are quitting their jobs. As a result, Afghan soldiers fighting the Taliban are not getting air defense. Whereas the role of the Air Force is very important to win this war. Eight Afghan pilots have been killed recently, including Black Hawk pilot Hamidullah Azimi. Those were targeted on Saturday near Kabul, the capital of Afghanistan. He was killed by a bomb kept in his car.

“I know 19 pilots who have left the Air Force,” one pilot said in a newspaper interview. Because the government cannot guarantee security. I have been on duty for ten years. I change the car every day for my own safety. I am not able to spend time outside home and now I am also thinking of quitting my job. If the government guarantees the security of my family, I will consider continuing my job.

On the other hand, the Afghan Air Force is now facing the problem of maintenance of fighter planes and helicopters. Because soldiers from America and NATO countries have suddenly gone back and they have been accompanied by knowledgeable maintenance teams. Currently, 33 percent of Afghan Air Force aircraft are damaged. There is also a shortage of spare parts and this is demoralizing the pilots. Pilots are feeling unsafe even in the capital Kabul.