Ômicron causes a shortage of professionals in hospitals in several countries 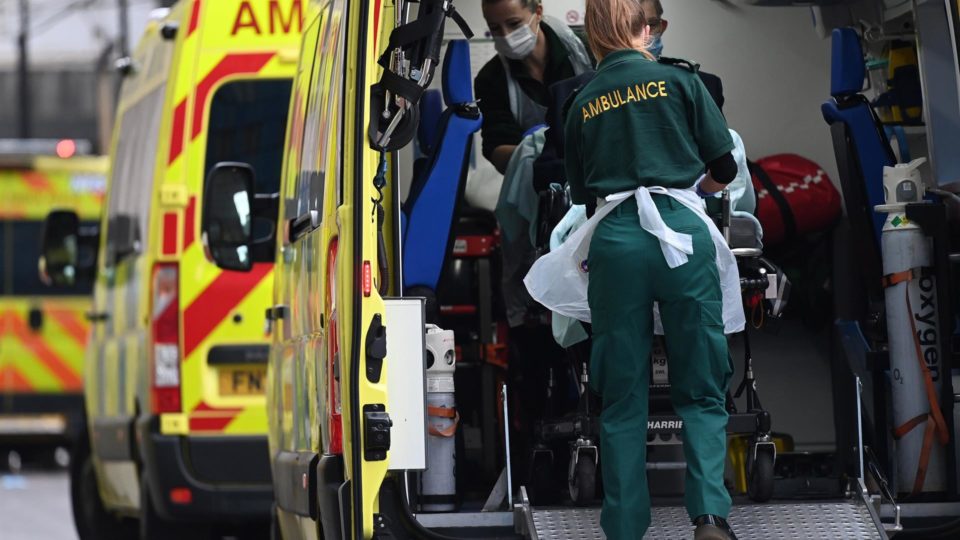 The advance of the omicron variant has caused seizures in hospitals around the world. Although the number of hospitalizations for Covid-19 has not increased at the same rate as infections in regions where the new variant is widespread, infections among healthcare professionals, who must remain isolated, end up overloading teams. medical.

In Canada, for example, hospitals in Ottawa have struggled after hundreds of nurses tested positive for Covid-19. Professional associations have asked the provincial government for help in resolving the crisis, while nurses are being forced to cancel vacations and work overtime on their days off to make up for the shortage.

In the UK, military personnel were mobilized to support hospitals as the country saw a record number of infections and faced a staff shortage.

The Defense Ministry announced on Friday (7) that 200 members of the armed forces will be on hand to the National Health Service (NHS) for the next three weeks. The UK government has also mobilized the military to help with vaccination and testing services.

The advance of omicron in the UK has sparked a crisis in the shortage of professionals in the public healthcare system and a record queue on the waiting list in hospitals. A parliamentary report from the country’s health committee said on Thursday that 5.8 million people are lining up for elective treatment in the country.

“Our report concluded that the government’s stimulus packages were in danger of failing due to a very foreseeable personnel crisis,” said committee director Jeremy Hunt.

British Prime Minister Boris Johnson has warned that the coming weeks will be difficult due to the circulation of the omicron and that there will be problems with healthcare workers as many professionals will be isolated. But he said the country could remain without further restrictions, thanks to the high vaccination rate and the less seriousness of the new variant.

The UK government has decided that all NHS professionals who have direct contact with patients and have not yet been vaccinated must receive their first dose by February 3, or they may be sacked by the end of March. Union leaders are calling for the postponement of compulsory vaccination, fearing that the possible layoff of professionals will exacerbate the health crisis.

An average of 35,596 NHS workers were sick with Covid-19 last week, a figure that had only been seen during the peak of the country’s second wave of infections, according to The Guardian newspaper.

Nurses who have tested positive for Covid-19 are being called upon to work in hospitals in New South Wales, Australia as the omicron outbreak is claiming lives among staff, the Guardian reported.

Several healthcare professionals from different hospitals have reported to the newspaper that they are working alongside infected colleagues – a violation of health protocols – while around 2,500 professionals are in quarantine in the state.

Hospitals have informally asked nurses to come out of isolation and return to work, as long as they are asymptomatic. But nurses report seeing colleagues working with clear symptoms of Covid-19, such as coughing and sneezing.

In some hospitals, infected nurses were even working in wards for Covid-negative patients, the British newspaper said.

Isolation policies have been relaxed recently in the state. Hospital staff who have been in contact with a person who has tested positive, and who therefore had to undergo seven days of isolation, can now return to work before the end of this period if they do not show symptoms and are considered essential .

Last week, a document obtained by the Guardian revealed that New South Wales public hospitals were planning to bring in nurses from other countries to deal with the increase in Covid-19 cases. According to the statement, hospitals have asked staff to cancel time off and work extra shifts because hospitals had many professionals who tested positive or exposed.

Overworked teams in the United States

Hospitals in the United States are also under pressure from increased contagion caused by omicrons. Large numbers of healthcare workers in the country recently quit, and many have been absent from work in recent weeks because they have been infected with the new strain.

More than 126,000 people have been hospitalized with Covid-19 this week in the United States, the highest level in a year, according to the Washington Post, which reports that this wave of contagion is different from previous ones.

This time around, most Covid patients in US hospitals sought care for other reasons and found out by chance that they were infected.

According to the American newspaper, the medical personnel of the hospitals are more overworked than ever. One in four medical centers this week reported “critical” staff shortages.

“The personnel crisis is the worst of the entire pandemic,” said Amanda Bettencourt, president of the American Association of Critical Care Nurses, in an interview with the Atlantic website. She said the workforce was so low that some institutions are already overloaded with only a fraction of the patients they could previously serve.

The concern in the country is the combination of two aggravating factors of the crisis: record rates of Covid-19 cases and the greatest shortage of health professionals in the entire pandemic. The situation forced hospitals to refuse ambulances and patients and to cancel elective procedures.

The situation is different in each region, according to the Post’s survey. In omicron epicenters such as New York, most patients are unaware they are infected until they test positive when performing other procedures in hospitals. In places where the delta variant is predominant, such as Michigan and Minnesota, hospitals continue to treat critically ill patients.

The American press has reported on the frustration of health professionals in the country who continue to see patients who refuse to be vaccinated and arrive with serious Covid-19 conditions, with impacts on the already overburdened health system.

The United States Centers for Disease Control and Prevention (CDC) estimates that by the end of January, between 24,000 and 53,000 Americans will be hospitalized each day for Covid-19.