‘Now no Afghans are allowed to leave the country, we are not happy’: Taliban 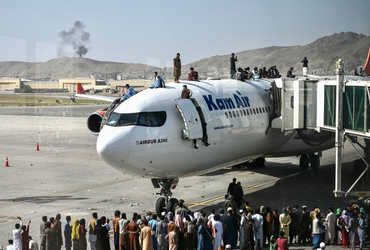 A Taliban spokesman says that all Afghans who have left the country in recent days should return to their homeland.

Thousands of people have fled Afghanistan since the Taliban came to power. Most of them are women. According to US President Joe Biden, more than 70,000 people have been evacuated from Kabul since August 14. These include American citizens, NATO personnel and endangered Afghan civilians.