Not dictatorship of Taliban, readiness to fight war should also be exercised: Amrullah Saleh 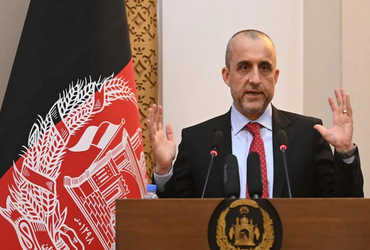 “The people of Panjshir are not ready to bow down to the Taliban,” Saleh said. We are ready for talks. We want peace in our region but if Taliban wants to fight then we are also ready.

“Ahmed Masood is fighting the Taliban like his father,” he said. Everyone is with him. I am also here and here everything is one. We have left everything to the Taliban. If they want war, there will be war.

“The current situation is very strange,” Saleh said. Because the entire cabinet including the President has left the country. Ashraf Ghani has cheated people. Although our goal is the same, we will not run any kind of dictatorship.