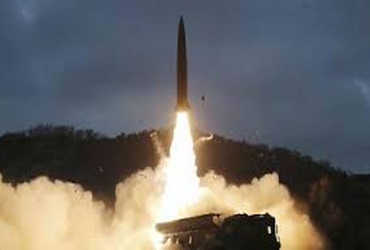 Just last month, North Korea tested two missiles. Just a few days ago, two more missiles were fired with the help of a train. Then comes the news of the test of the most powerful missile.

Japanese and South Korean military said the missile was launched from a plundered trajectory. The missile had a range of 2000 km. and fell into the sea. There are reports that North Korea has tested its longest-range ballistic missile since 2017.

There are reports that North Korea is increasing pressure on the US. Peace talks have been stalled for some time. Disputes between the two countries have not subsided since former US President Donald Trump’s agreements with Kim Jong Un. North Korea is also testing missiles to increase pressure on current President Joe Biden.