No organization will be successful in stopping pythons: China 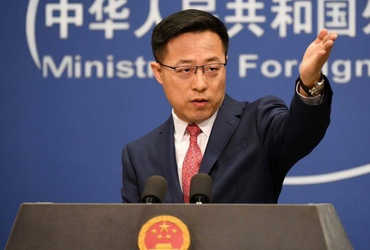 Beijing, DT
During a meeting of the foreign ministers of the Quad Group of India, the US, Japan and Australia united against China’s growing grandeur in the Indo-Pacific region, China claimed that the Quad alliance was a “tool” to prevent it from moving forward. Was. There is a “deliberate” move to escalate the conflict, which will not succeed. China has territorial disputes with several countries in the strategically important Indo-Pacific region. That’s why China has been opposing the formation of the Quad Group from the very beginning. When asked about the start of the Quad foreign ministers meeting in Melbourne, Chinese Foreign Ministry spokesman Zhao Lijian said that China believes that the Quad system is a tool to control it. This is a deliberate move to incite conflict and undermine international unity and cooperation. But any attempt to form a coalition with the intention of stopping China will not succeed. Zhao also said on Wednesday that he hoped the United States and other relevant countries would understand the times and abandon the Cold War mentality.