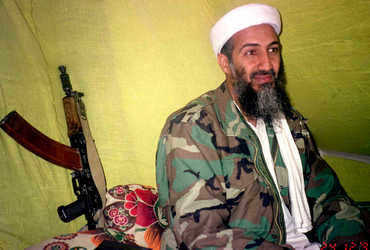 Afghanistan can now become a haven for many extremist groups. This is why President Joe Biden is talking about over-the-horizon potential.

According to the Taliban’s Zabihullah Mujahid, there is no evidence that Osama bin Laden was involved in the 9/11 attacks. Furthermore, even after 20 years of war, there is no solid evidence. At the same time, after the withdrawal of the Taliban, the threat of the re-emergence of the terrorist organization Al Qaeda is looming. According to a report, Al Qaeda (AQIS) has issued a statement congratulating the Taliban. Al Qaeda in a statement called the US the aggressor and the Afghan government an ally. Experts say this could be a source of major trouble for the United States, which is facing domestic insurgency as well as cyber attacks from Russia and China.

The Taliban said that the sacrifice of the Afghan people in this fight against the enemy cannot be forgotten. Al-Qaeda also described the Taliban’s victory as America’s defeat. “This is a bigger victory than the defeat of the Soviets and Britain at the hands of the Taliban,” he said in a statement.

Chris Costa, a former senior director of counter-terrorism missions in the Trump administration, said al-Qaeda had an opportunity and would try to take advantage of it. Earlier, Pentagon spokesman John Kirby acknowledged that al-Qaeda has a presence in Afghanistan. However, it is difficult to tell the exact number of its terrorists due to inaccuracy in the details.

America has made itself stronger than ever in 2 decades. But a UN Security Council report in June said the top al Qaeda leadership was present in Afghanistan along with hundreds of armed fighters. It also mentions its close ties with the Taliban.

shelter of many groups

Experts say that Afghanistan can now become a haven for many extremist groups. This is why President Joe Biden is talking about over-the-horizon potential. His security adviser Jack Sullivan also said that the intelligence community does not believe al Qaeda has the capability to attack the US. However, experts say the weak US intelligence capability in Afghanistan should be taken as a warning.

Georgetown University terrorism expert Bruce Hoffman said al-Qaeda could not so quickly use Afghanistan against the United States but launch an attack by its allies.