Night curfew across country except Kabul, Afghanistan to stop Taliban 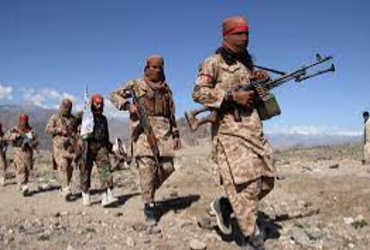 The Afghan government has imposed a nationwide curfew to prevent Taliban militants from attacking cities. However, the movement of people has been banned from 10 pm to 8 am across the country except the capital Kabul and two other provinces. The Times of Israel, on the other hand, has revealed that China, Pakistan and Turkey have been active in helping the Taliban at a time when US troops are rapidly withdrawing from Afghanistan.

Fighting between the Taliban and Afghan government forces has intensified over the past two months after the announcement of the withdrawal of international troops, including from the United States, from Afghanistan. Taliban militants have captured many parts of the country. Taliban militants are moving rapidly into the countryside and have captured major roads. However, they have not been able to capture any major city yet.

To curb Taliban violence, the Afghan government has imposed a night curfew in 21 provinces. However, Kabul, Panjshir and Nangarhar have been exempted from the curfew. Meanwhile, 20 Taliban militants were killed in an airstrike in Afghanistan’s eastern Kunar province. Simultaneously, the Afghan Air Force conducted air strikes in two other provinces. More than 50 Taliban militants were killed and 12 others were injured in the two attacks.

According to a report published in the Times of Israel, Pakistan currently needs American security in the bad economic situation. Even in such a situation, it is moving forward with China and Turkey. In the report, foreign affairs expert Fabian Bashart said that Pakistan started changing its policy from June this year. In June, Pakistan announced that it would no longer give land to the United States to set up military camps.

The report said China is concerned that East Turkestan, an organization of Afghan Uighurs, will become the center of an Islamic movement in Afghanistan under the Taliban regime. This organization is active in Xinjiang. However, the Taliban has reached a settlement with China and removed China’s suspicions. The result of this is that China is also supporting the Taliban.

At the same time, Turkey is also benefiting from joining all three. They feel that the Taliban rule in Afghanistan will give them a chance to lead Muslim countries. Turkey has already become a favorite of China by targeting Uighur Muslims in its own country. China also wants to fill the gap created by the withdrawal of US troops in Afghanistan with its presence. The eyes of the three countries are also on the mineral wealth of Afghanistan. On the other hand, J&K columnist Farooq Ghadarbali tweeted that China wants to completely end peace in the region by cooperating with Pakistan and Taliban.