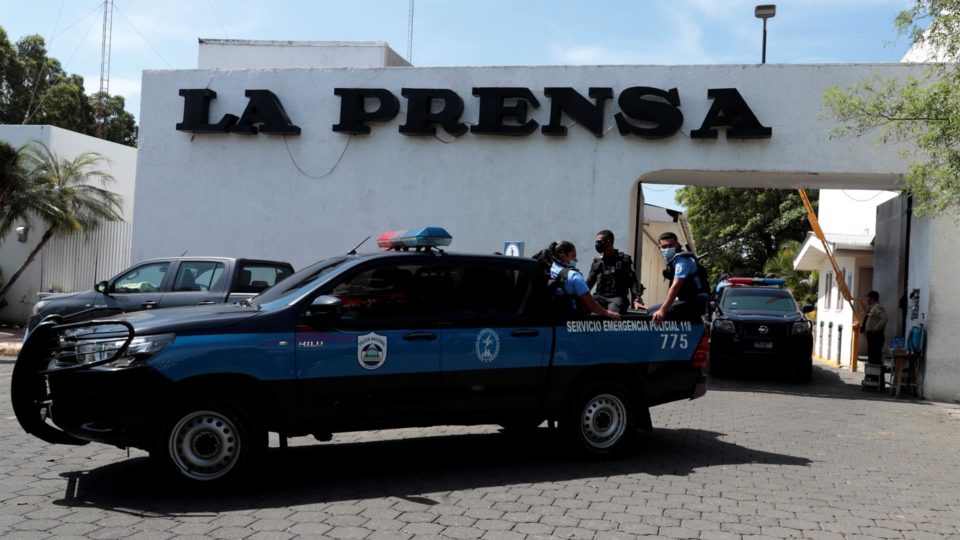 Police at the entrance to the newspaper La Prensa, during a search operation in Managua (Nicaragua). Photo: Jorge Torres / EFE

Nicaragua’s oldest newspaper “La Prensa” was the target on Friday (13) of an operation by the National Police, which occupied its premises and kept an uninformed number of journalists detained inside without power. communicate by phone or social networks. “The police of [do ditador Daniel] Ortega cut off internet access, power and shut down all servers inside ‘La Prensa’, “the newspaper wrote on Twitter.

According to a statement from the national police, the directors of the newspaper are under investigation for “customs fraud and money laundering”. The newspaper’s director, Juan Lorenzo Holmann, was arrested. The periodical, founded in 1926, did not circulate in its printed version on Friday because the government, through the General Directorate of Customs, retained its role.

The police intervention took place just after La Prensa denounced the embarrassment caused by the customs authorities. “The dictatorship retains our role, but it cannot hide the truth,” said “La Prensa”. Ortega has been in power since 2007 and promotes a real hunt for opponents in the country.