New Zealand: Only one case of corona has been reported and nationwide lockdown 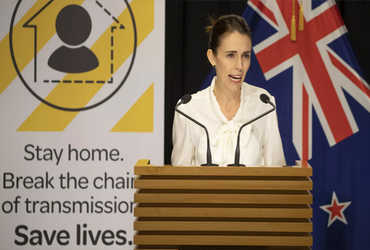 PM Jacinda Arden has put a nationwide lockdown after only one case of corona was reported in New Zealand.

A new case of Kovid has reportedly surfaced in Auckland. However, the government has since decided to impose a lockdown in the entire country. A seven-day lockdown has been declared in Auckland and three days in other cities.

Officials say that the new case is of the Delta Plus variant. However, no official announcement has been made yet.

Now, with only one case, the government has put the entire country under lockdown. So that the infection in corona does not start again.