New plan to increase population of China, cash prize will be given on the birth of third child 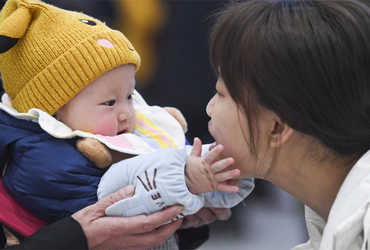 Beijing: China is currently facing a population crisis. Once China was able to control population growth due to its strict population control policy, but now most of China’s population is aging.

In a report in the Times of Israel, Fabian Bossart, president of the CPFA Organization for Political and Foreign Affairs, claims that China is developing new strategies to allow a Chinese couple to have a third child. Various organizations and local bodies are now entrusted with the task of promoting various government officials and employees working in different companies.

Beijing Dabinong Technology Group is offering its employees a cash prize of up to 90,000 yuan (up to Rs 10,61,178), up to 12 months of maternity leave and nine days of paternity leave. Online travel company Trip.com has also announced similar benefits. China will increase its GDP by 2035, it is adopting several strategies, including doubling the youth population.