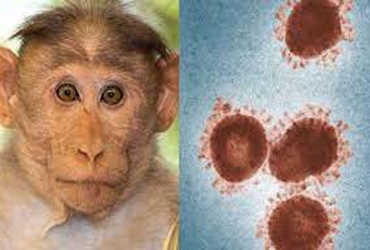 Multiple infectious viruses: One infected person can infect another

Beijing: A new virus named Monkey Bee has knocked on the door of the world due to the havoc of Corolla virus that came from China. The first case of corona was reported in the Chinese city of Wuhan, when a person died of the new deadly virus in Beijing. A veterinarian here has died of this virus, which has been confirmed by China.

A report published in the Global Times here, citing China’s Center for Disease Control and Prevention, said that the patient was tried by a veterinarian in several hospitals, but died on May 27. Earlier, no case of Monkey Bee virus was reported in China. In other words, the vet’s case is the first human infection with monkey B virus.

According to the Global Times, the 53-year-old veterinarian dissected two dead monkeys in early March. A month later, her condition worsened. She started vomiting. In April, a sample of cerebrospinal fluid was taken from M’s body for medical examination, which confirmed the presence of monkey B virus.

Monkey Bee virus was first identified in 1932. Significantly, its ability to spread infection has also increased significantly. It is felt from one man to another.