New experiment: Now X-rays will tell whether corona is there or not, 98% accurate results 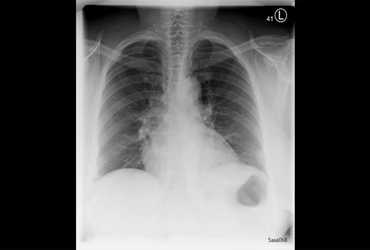 – The new technology uses X-ray technology for a database of more than 3,000 images compared to scans

A group of scientists in Scotland has conducted a new experiment on the corona epidemic. From now on, it can be detected through X-ray whether the patient has corona or not. So much so that scientists have found it to be 98 percent accurate. The test uses Artificial Intelligence (AI) to detect the presence of the virus inside a person.

The researchers also said that it would be faster than the RT-PCR test and the result would come in 5 to 10 minutes. It takes more than an hour to get the RT-PCR report. The researchers said that for a long time there was a need for a quick and reliable tool that could identify Kovid-19. Not only this, with the help of X-ray, Omicron variants can be identified very quickly.

How does the test work?

According to UWS researchers, the new technique uses X-ray technology to create a database of more than 3,000 images compared to scans related to corona patients, healthy individuals and viral pneumonia.

use of artificial intelligence

This technology uses artificial intelligence (AI) processes that use an algorithm to analyze and diagnose visual assessments. UWS scientists said the technology proved to be more than 98 percent accurate during the extensive testing phase.

New testing technique could prove to be life-saving

Professor Ramzan said that due to limited diagnostic equipment, many countries are not able to test for Kovid-19 in large numbers. But with this research, this virus can be identified quickly. This can be important and potentially life-saving during the diagnosis of a severe case of the virus. However, he acknowledged that X-rays did not show signs of COVID-19 during the early stages of infection, so it could not completely replace PCR tests.