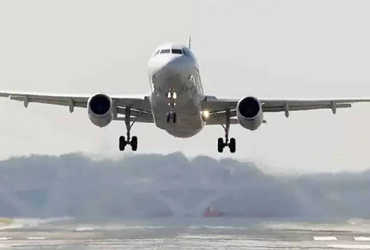 Amid the Taliban crisis in Afghanistan, the hijacking of a plane with citizens of Ukraine remains a mystery and the plane remains untraceable. A Ukrainian plane flew to Kabul to pick up its citizens. Ukraine’s Deputy Foreign Minister Yevgeny Yeni claimed the plane was hijacked and taken to Iran. However, Iran denied the allegations in a statement released on Friday, saying that “similar baseless allegations regarding Iran’s nuclear program have been made more than once. Furthermore, the Ukrainian Foreign Ministry has now issued this statement.” It has denied that the plane was hijacked, however, with no information available about the plane remains a mystery.

Ukraine’s Deputy Foreign Minister Yevgeny Yeni claimed that his plane was hijacked in Afghanistan. Yevgeny gave this information to the Russian news agency Tass. The plane was carrying citizens of Ukraine from Kabul. He said the plane has been taken to Iran. However, it is not known who hijacked the plane.

“We learned on August 9 that one of our planes had been hijacked,” Yenin said. Then on the 9th it was learned that the plane had been stolen. Instead of airlifting Ukrainian citizens, the plane arrived in Iran carrying an unidentified group of tourists. Our other rescue operations have also failed, as our citizens have not been able to reach Kabul airport. The abduction comes at a time when countries around the world are trying their best to evacuate their civilians and Taliban-scared Afghans from Afghanistan.

However, Iran has rejected the claim of Ukraine’s deputy foreign minister. Iran’s aviation regulator denied Yesenin’s claim, saying the Ukrainian plane had stopped refueling and was refueling in the city of Mashhad on the night of August 9, arriving in Kiev at 9.30 pm.

Meanwhile, Ukraine’s foreign ministry chairman Oleg Nikolenko said no Ukrainian aircraft had been hijacked in Kabul or elsewhere. Some media are spreading the news of ‘plane hijacking’, which is not true.

According to Yevgeny Yesenin, the hijackers were armed. Yeni was not told what happened to the plane, what Ukraine would do or what it was doing to bring the plane back. He only said that the entire embassy, ​​headed by Foreign Minister Dmitry Kuleba, was operating in “disaster testing mode”. On 9 August, a military transport plane carrying 21 people from Ukraine and a total of eight people arrived from Afghanistan to the Ukrainian capital of Kiev. 100 Ukrainians are still in Afghanistan.