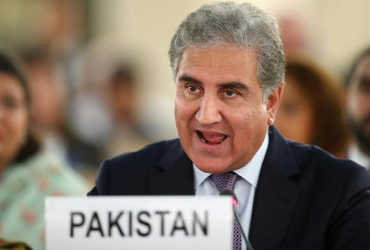 Pakistan, which has failed to protect minorities including Hindus in its own country, is now advising on the ongoing hijab controversy in India.

Pakistan’s Foreign Minister Shah Mehmood Qureshi has said in a statement on the issue of hijab in Karnataka, India that denying Muslim girls their right to education is a violation of their human rights.

He further said that the move to deny them the right to education and threaten them to wear the hijab is repressive and the world should understand that the Indian government has planned to restrict the area in which Muslims live.

Meanwhile, Nobel laureate and Pakistani human rights activist Malala Yousafzai has also reacted to the issue, saying that it is a terrible thing for girls to wear hijab to school. Indian leaders should stop marginalizing Muslim women.

Denial of education to Muslim girls is a gross violation of fundamental human rights. It is absolutely repressive to deprive anyone of this fundamental right and terrorize them into wearing the hijab. The world should realize that this is part of the Indian state plan of Jewishisation of Muslims.