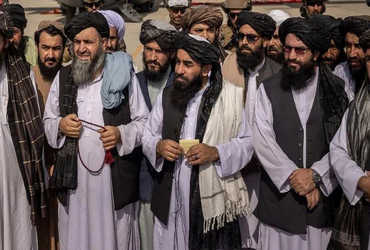 Mullah Mohammad Hassan may remain the head of the new Taliban government in Afghanistan. According to media reports in Kabul, Hibatullah Akhundzada has proposed the name of Mullah Mohammad Hassan Akhund. Hasan Akhund will get the rank of Rais-e-Jamhoor or Rais-ul-Wajar. Mulla Baradar and Mulla Abdus Salaam will act as his representatives.

Mohammad Hassan Akhund has been the head of the Taliban’s Rehbari Shura for 20 years. According to sources, Sirajuddin Haqqani of Haqqani Network could be the Interior Minister while Mullah Yacoub, the son of Taliban founder Mullah Omar, could be the Defense Minister.

Akhund is currently the chairman of the Lena’s body, the Rahbari Shura, which has all-powerful decisions from the Taliban. According to media reports, a Taliban leader said that he served as chairman of the Rahbari Shura for 20 years and earned his good reputation. He is a religious leader rather than a military background and is known for his character and devotion.

According to the report, Kandahar-born Mullah Mohammad Hassan Akhund has held important positions during the previous Taliban regime in Afghanistan. He was also the country’s deputy prime minister and foreign minister during the government led by Mullah Mohamed Rabbani Akhund.