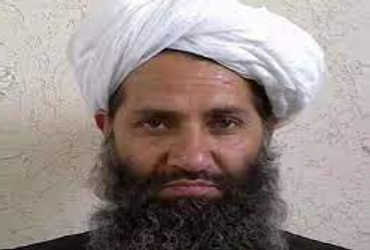 The formation of a new government has been finalized after the withdrawal of US troops from Afghanistan. A new government is expected to be announced in Kabul on Friday amid famine and economic stalemate in Afghanistan. Preparations have also started for the swearing-in ceremony at Rashtrapati Bhavan. The supreme leader of the Taliban, Mullah Hebatullah Akhundzada, will be the supreme leader of Afghanistan. Mullah Yacoub, son of Taliban founder Mullah Omar, co-founder Abdul Ghani Baradar and Haqqani network leader Sirajuddin Haqqani are also expected to join the government.

A Taliban official, Ahmadullah Muttaki, told internet media that preparations were underway for the ceremony at the Rashtrapati Bhavan in Kabul. There are only a few days left for the formation of the new government. Earlier, the news agency Sputnik had reported that the Taliban could announce the formation of a new government on Friday.

Anamulla Samangani, a member of the Taliban’s Cultural Commission, said that 70-year-old Taliban leader Mullah Akhundzada would be the leader of the new government. The constitution of our new Islamic government is almost ready. Important decisions are being taken regarding the cabinet. We will adopt a regime like Iran. Iran’s Supreme Leader Ayatollah Ali Khomeini is the country’s top political and religious leader. He is also above the President and appoints the head of the military, government and judiciary.

On the other hand, Sher Muhammad Abbas, deputy head of the Taliban’s political office in Doha, Qatar, told foreign media that the new government would include women and members of all Afghan tribes. But the people sitting in the government for the last 20 years will not be given a place in the new Taliban government.

The process of forming a new government was underway after the Taliban captured Kabul on 15 August. The process of forming a government has accelerated since US troops left the country on Monday. According to Al Jazeera, domestic flights will start from Qalub Airport from Friday. Kabul Airport has been closed after the US military said goodbye on Monday. Qatar’s foreign minister said that Qatar is in talks with the Taliban and Turkey to resume flights from Kabul airport.

Meanwhile, the Taliban have accused the United States of deliberately sabotaging planes and other vehicles at Kabul airport. Taliban leaders, including Taliban spokesman Zabihullah Mujahideen, visited the Kabul airport after the departure of US forces. The US military said in a statement that it had destroyed its aircraft, helicopters and defense systems before leaving so that the Taliban could not use them.